Doom Eternal: What We Know So Far

Doom’s first-person shooter legacy dates to 1993. The game’s first major installment arrived in 2004 in the form of Doom 3 and the fourth reboot was released in 2016. The fifth title in the series – Doom Eternal is the sequel that everyone has been talking about. There have been talks about how there will be twice the number of demons as in the previous title and a multi-player mode that will allow you to join other players’ single-player campaigns.

Bethesda Softworks hasn’t specified a release date for Doom Eternal, although it will launch in 2019. No doubt fans will be checking in frequently on announcements. After all, the 2018 Golden Joystick Awards nominated Doom Eternal in their ‘Most Wanted Game’ category.

Bethesda announced that Doom Eternal was in the works at E3 this year, and teased a minute and a half trailer, which showed a post-apocalyptic world and offered clues about the demons to expect. There is a possibility that Doom Eternal may be inspired by Doom 2: Hell on Earth. In this sense, it would be similar to the 2016 reboot, which basically means that the game will follow on some time after the events of its predecessor. Here is a look at the monsters you can expect to encounter from the Doom Eternal trailer. 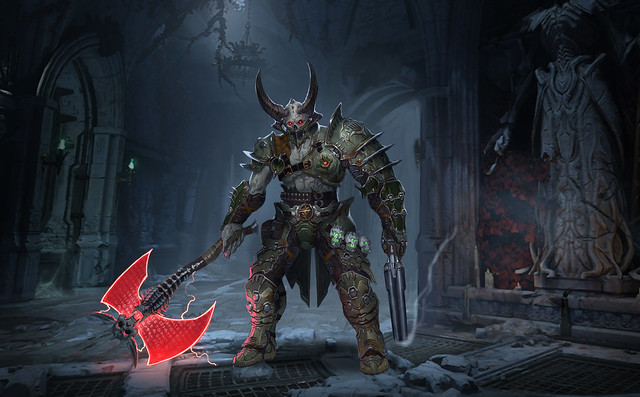 The Baron of Hell is seen with flaming swords and looks both more compelling and stronger. Making a comeback is Arch-Vile – one of the best demon designs – and joining him will be fellow old demons Archnotron and Pain Elemental. Hell Knights and Cacodemon creatures in the sky are sure to up the game’s ante. Bethesda has hinted at new Doom Eternal enemies such as Marauder and Doom Hunter, and a new system called ‘Destructible Demons’ in which the monsters’ bodies get progressively deteriorated as they take a beating. 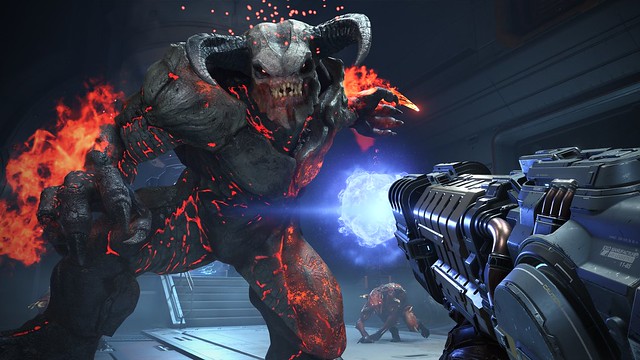 In Doom Slayer role, your job will be to prevent demons from taking over the ruined city. You will have new weapons at your disposal, such as a blade built into your armor, tuned-up Super Shotgun and Rocket Launcher, a huge energy sword (Crucible Blade) and twin-laser ballista. The grappling hook attached to the Super Shotgun enables you to pull the forces of hell toward you and fire directly into them. A bunch of firearms and melee weapons will help you navigate the environment, hold your own in combat situations, and perform glory kill executions.

As far as combat is concerned, the ‘push forward’ concept continues, encouraging you to deal with enemies aggressively to acquire ammunition and health. Doom Eternal gameplay adds more combat options, such as swinging from horizontal poles, climbing up and leaping between walls, dashing forward and smashing through felled environmental bits to access new secrets or areas. You can play as the Doom Slayer, like a demon or collaborate with friends to fight the ancient warrior.

If all this sounds exciting, watch this space for the latest information on Doom Eternal release date and news.

Here Is Why You Should Play Astral Chain

Top Games With The Best Graphics

Titles You’ll Love If You Love The Sinking City

What Can You Expect From Death Stranding?